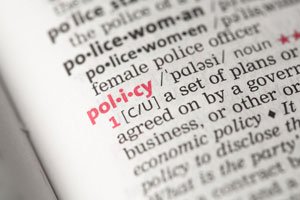 In simplest terms the business interruption policy is designed to put the business back in the same financial position it would have enjoyed but for the loss. It has a carefully thought out formula, that is well tested to achieve this stated aim.

The cover starts from the date of the loss and extends to when the business’s turnover and profit levels are back to where they would have been but for the loss. There is a cap set on this known as the Indemnity Period, which is chosen by the Insured when the cover is taken out and is recorded in months on the Policy Schedule.

The trigger for a claim is damage to insured property caused by an insured peril. Cover however can be extended to cover disruption from a number of sources upon which the business is dependent such as public utilities, customer’s and supplier’s premises, prevention of access, closure by public authority, murder and suicide, and the like. Note covers do vary greatly and you need to ensure that the coverage your clients have met their needs.

The past performance of the business is measured for levels of turnover and insured gross profit and these are adjusted as part of the estimation process to determine what level of turnover and insurable gross profit would have been generated but for the loss. The adjustments made are to take into account the trend of the business and any special circumstances that would have affected the business had the loss not occurred. From this estimate of the turnover that would have been earned but for the loss, is deducted any turnover that was actually generated. This determines the shortfall in turnover.