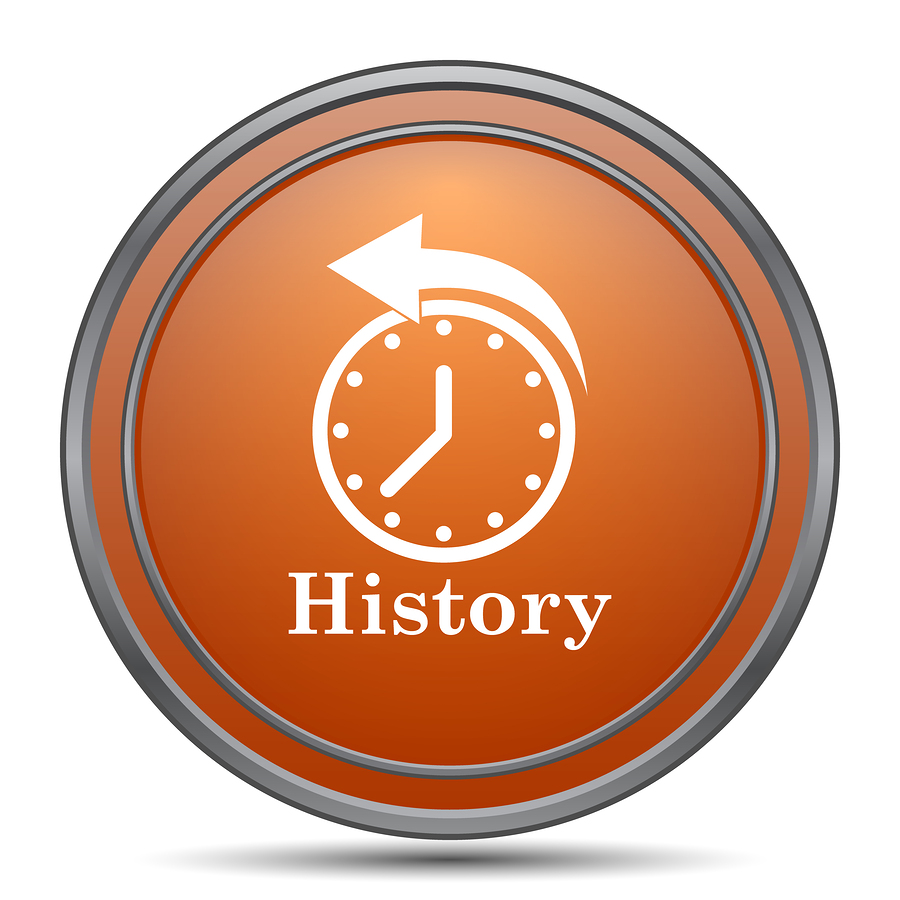 Despite modern fire insurance being developed in the late 1600’s in Germany, and then in England following the Great Fire of London of 1666[1], the development of Business Interruption insurance, as we know it today, was not started for another 102 years.

This was despite the realization that just insuring the Insured’s physical assets was not enough. to fully protect a business from significant losses, often financial ruin following as fire, storm, lightning, hurricane, tornado, tsunami, or the myriad of other perils covered by insurance. The primary reason for this is obvious when you think about it. In simplest terms the mailman does not stop delivering the bills when the fire department has driven off. Quite often it is “fire today, gone tomorrow” even with full property insurance.[2]

To fully protect a business’s survival, the investment of the stockholders and creditors, the jobs of employees and management, an Insured needs to insure what I call here, their business income. I explain the basic premise of Business Interruption insurance in the next section.

The reason for the slow development is that despite the principle of utmost good faith that underlies every contract of general insurance, insurers require a high degree of certainty that the amount that they are to pay out is the genuine loss sustained by the Insured. 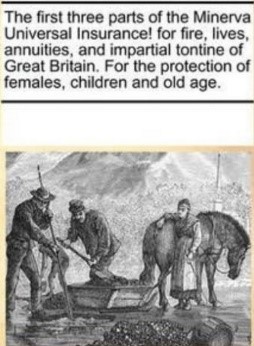 Despite this, from as early 1797, as Minerva Universal a United Kingdom based insurer attempted to introduce consequential costs, for example to cover the inability to pay interest however the lack of accounting standards prevented its success.[3]

Meanwhile, a solution to providing business interruption protection continued. In 1857, in Alsace France, Chômage Insurance (which means standing still or standing idle as in a factory or a stoppage or cessation of labor, i.e. unemployed) introduced the systeme fortaitaire, [flat system]. This cover provided a flat additional cover, say 10%, for stock to cover a proportion of the loss of profits that the sale of that stock would have generated for the business. This is a similar concept in Marine Insurance where the basis of settlement is CIF + 10% [Cost Insurance Freight +10%]. I suspect that it was from Marine Insurance that the idea came.

I understand that some insurers in the United Kingdom insurers adopted the concept and the first known cover in the London was in around 1868.[6] 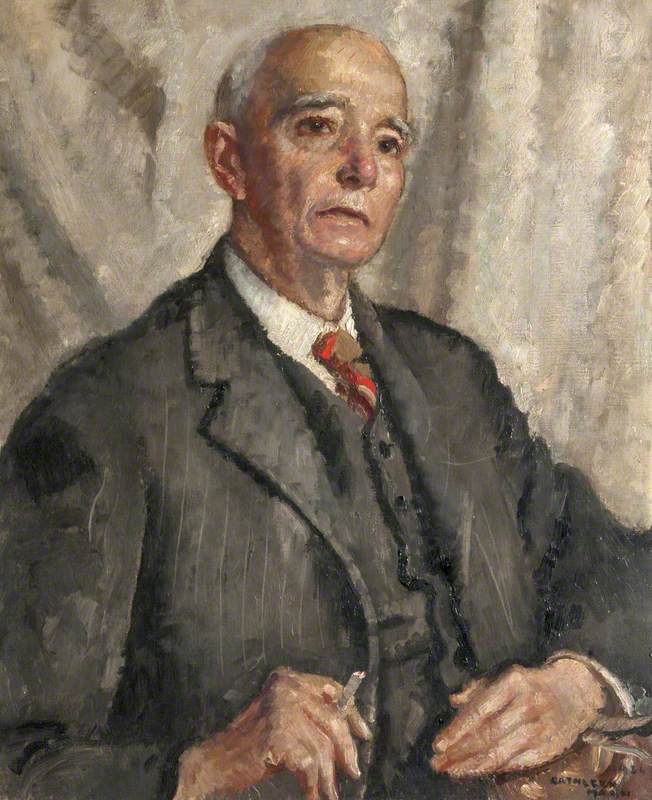 Newspaper Advertisement from 1908 for Western Assurance Company, ‘the Pioneer, Company following Mr Mann’s Copyrights, held in the Royal Commission of the Ancient and Historical Monuments of Scotland

It was Cuthbert Heath, who like Mann, was one of the most innovative and influential of insurance brokers of his day, developed what we would now recognize as the UK model of business interruption insurance. The first modern policy in the form we still use mostly was issued in London on January 1, 1939[14].

Heath believed that the role of insurance was to protect and he actively looked for ways to do this. His new was designed to bridge the gap between traditional fire insurance and the business interruption coverages available at the time and develop a more comprehensive policy that took into consideration the time it takes for a business to get back to where they would have been but for the loss.[15]

There was, what was described at the time a storm of protest, with Heath, summoned before the Chairman of the Fire Offices Committee,[16]  and told he was ‘ruining fire insurance”.[17]  The new policies, insurance companies claimed the new coverage was an open invitation to the public to defraud insurers. How could any insurance company hope to quantify the loss with any degree of certainty? What if the Insured ‘cooked the books’ was the term used.[18]

Heath’s biographer knows of no record of what was said but Heath simply ignored the concerns and continued to write the policies. It was not long that the insurers realized the product was required and the sky would not fall in and followed his lead and offered the coverage.

Gibb later wrote: “there is probably not one fire office in the country that refuses to give cover for loss of profits: not one that does not value a branch of the business which Heath’s enterprise forced them to start so reluctantly”.[19]

In 1956, the first independent or stand-alone fire business interruption policy was introduced in Germany.

Back to the United States, the Insurance Services Office (“ISO”) recommended in 1986, replacing the gross earnings policy form with the Business Income Coverage form, which although modified several times, is still frequently the basis of coverage in the United States[20]. Prior to 1986, two “gross earnings forms” were used for business interruption insurance, and the forms were attached to the direct damage policy form. One form was for use with mercantile and non-manufacturing risks, and the other was for manufacturing or mining risks. These forms were mostly replaced with a simplified commercial property program involving new forms, and “business interruption” insurance was replaced by “business income” insurance. 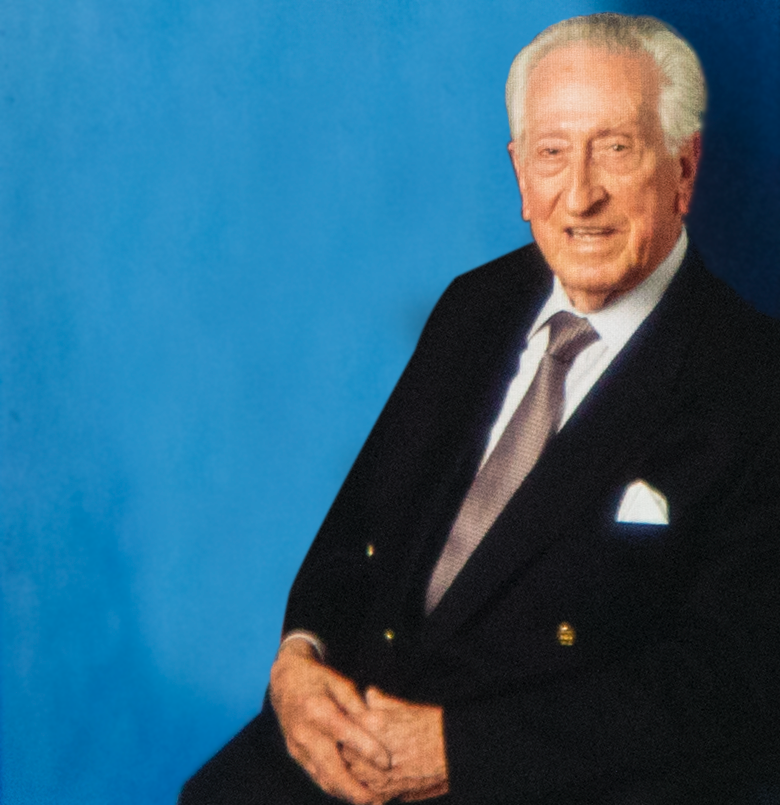 1987 saw Harry Dickinson Snr, introduce “Instant Profits” coverage in Australia. The product was designed to simplify business interruption insurance with the rate of insured of gross profit agreed in advance. The policy contained no average provisions nor a savings clause.

The march to improve business interruption coverage continued In the United Kingdom with the with the Association of British Insurers (“ABI”) publishing new Business Interruption wordings during the period 1989 to 1991.

The increased dependence on electronic data and cyber security risk

The increase in frequency and size of natural catastrophe events including flood.

Globally there has been new products introduced, along with many modifications to wordings to simplify the product, make it easier to understand for small to medium business and offer greater protection to reflect the ever-changing risk facing organizations. :

Insurers in Australia moved away from the term Gross Profit to terms such as Income, Gross Revenue, and Standard Takings in an effort to avoid the confusion between insurable gross profit and accounting gross profit. Often the calculation remained the same, only the name changed although for smaller clients many insurers moved to a similar calculation of Turnover less purchases meaning the net profit/loss was insured along with all other business expenses other than purchases.

Following the launch of cyber insurance by AIG through agent, Steve Haase, cyber insurance[21] has moved from providing only third party cover as it did in 1997 to include both first party and business interruption coverage in the first decade of the 2000’s. The coverage is now widely available.

[1] Manning A, & Manning S.A., 2017, 1666 The Great Fire of London and the Birth of Modern Insurance, Mannings of Melbourne Camberwell, Victoria,